There's going to come a day when you feel better.
You'll rise up free and easy on that day
and float from branch to branch,
lighter than the air.
Just when that day is coming, who can say? Who can say?
-- The Mountain Goats, “Up the Wolves” 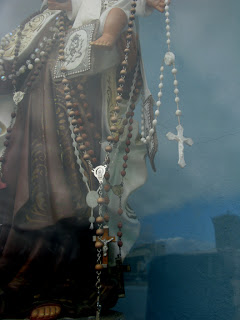 Back home in New Orleans, tomorrow is Mardi Gras. My brother Blair, who lives in Maryland, has gone down there; it’s his first Mardi Gras, he told me, in thirty-five years. Mine was thirty years or so ago, probably; I don’t really remember. But thirty years ago is when I left.

Back home in New Orleans.

I don’t know why it is, but I’m still stuck on this idea of home – of exactly where it resides inside me and why, of what I’ve got to do with this place that contains, now, nothing of me that isn’t history.

It’s words like that – words like history, was, once, remember, lost – that again and again rise to the surface when I think of home, muddy lures bobbing in murkier and murkier water.

That’s not all, though, of course. There are thousands and thousands of images: a monumental psychic flea-market table lined with all manner of priceless – which is to say worthless – items, every one of them dingy and ruined and dented and chipped, every one of them, well, old – left too long in some dank basement or dusty garage or moldy shoebox, every one affixed with a price that is, when push comes to shove, when banter and bluster give way at day’s end to humble concession, merely a token gesture, a frail assertion that surely each must possess something of abiding value.

Here’s the strangest thing of all – or maybe it’s not so strange; maybe it’s true of everyone’s past: I remember, at one and the same time, both everything and virtually nothing about my childhood. I can summon the precise degree of sharpness in the blades of grass on our front lawn; I can smell the sun’s scratchy heat on the pink and black brick wall of our house; I can feel the recoil of my limbs at the scuttling of lizards on the wooden fence in the backyard, the males rearing back their heads, red throats obscenely swollen. I can hear the briny crack and split of roaches’ smashed shells beneath my feet. I can feel the glow from the bulbs of the Philips stereo, the rough weave of the speakers’ cloth covers, the chill of the bent-fingered spindle at the center of the turntable. I can remember sliding along the smooth branches of City Park oaks or standing on the Filmore Avenue Bridge above Bayou St. John and letting the crab nets’ twined ropes crookedly uncoil in my cupped hands, feeling later the sharp pinch of a claw on a finger while trying to disengage one crab’s grip on its brother gripping its own claws to another, a game like the barrel of plastic monkeys except these crabs would fall, when they finally let loose, into my mother’s boiling pot in our kitchen.

Where’s the truth in all that memory? Where’s not just its skin but its substance? My adolescence was scarred, like a knife’s blade cutting into wood, by a lingering sorrow, an unrequited love, various attachments forsaken, the whip and recoil of anger and fear. But that must not be the whole story; there must have been, before the sorrows I can name, sorrows I cannot. Perhaps there’s a whole chain of such sorrows, all of them strung together like a devil’s demented version of a charm bracelet or carnival beads. 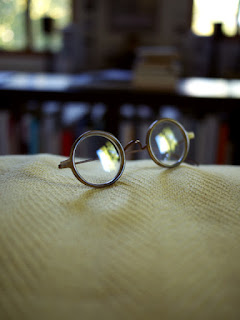 This is all too vague, I know, too inscrutable, too masked by metaphor, but there are still places to which I will not go – items laid out on that flea-market table that I will not buy or even pick up to inspect. The price is, I guess, still too high for me to harbor any hope that I can haggle it down to something I can afford.

I can’t afford any of it, not any more. I’ve got more years of happiness going now than I ever thought I’d get.

But there’s a price to that happiness as well, and it’s one that in many ways I’m weary of paying. I tell this to my students all the time: once there’s happiness, the story is done. When the conflict is resolved, there’s not much left we want to hear. They lived, we’re told, happily ever after. And that’s enough. We don’t need – don’t want – any more details.

There’s nothing to say about art that isn’t in one way or another about loss. It’s all those same words I mentioned earlier: was, once, remember.

That’s part of the answer, I suppose, why this place that is gone from my life, that has been gone these thirty years, remains alive for me. Back home in New Orleans. It is the place where sorrow lives.

For me. That’s what I meant to say, nothing more: For me it is the place where sorrow lives.

How odd it is to work myself toward such a conclusion on this particular day, on the eve of Mardi Gras, of the city’s giddy exultation, its celebration of all manner of earthly desire and delight.

Even so, even remembering Mardi Gras, I can’t get away from myself.  I remember less the raucous abandon and fabulous feathered masks than the dirty pants-cuffs revealed beneath revelers’ costume hems and the sour smell of warm beer drifting through the air and the stoic faces of the unshaven men who drove the grimy tractors that pulled the parade floats. I remember the unconvincingly tinny heft of silver and gold – and then purple and blue – doubloons and how they sailed through the air and then dizzily spun in the street until someone’s thick heavy shoe stomped them still. I remember the dirty wake behind each parade’s final float, the frighteningly stark spinning lights of police cars and fire trucks as the crowds scattered, occasional hoots and hollers here and there but mostly a silence that felt somehow resigned or even shameful, a reluctant admission that no one knew, really, what all the fuss had been about. 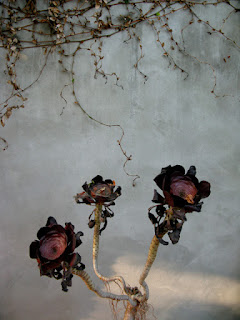 I am – I have been – a lucky man. I am grateful beyond measure for my life. I feel a bit like a weary refugee who, in all his aimless wandering, discovers that he has, by some great gift of grace, managed to cross the very border he’d given up any hope of finding. With a single step his despair becomes opportunity, his sorrow supplanted by joy.

Is this new country a place where he can live? Or will he forever, no matter the anguish left behind, find himself longing for home?
Posted by Unknown at 4:08 PM