Sink low, rise high; bring back some blurry pictures
to remember all your darker moments by.
Permanent bruises on our knees,
never forget what it felt like to live in rooms like these.
-- The Mountain Goats, “Birth of Serpents” 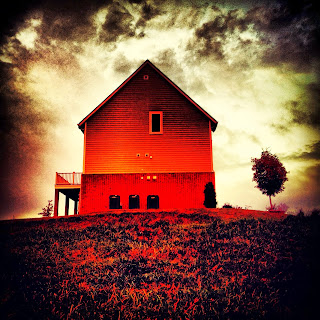 The back room was where lizards crawled on the one brick wall, where the paperback Catholic self-help books resided on blonde do-it-yourself wooden shelves, where my great uncle took up residence when my great aunt died, his white shirts suddenly left un-ironed, un-starched, coppery stains blooming at the collars and cuffs, while his black and gray and navy suits slumped and sagged one against the other in the closet, the hollow-core sliding doors sticking like stubbed toes and then, when jostled, slipping clear off their hinges, while from outside the swimming pool’s gurgle and gulp snaked through the back door to join the coughs and throat-clearings and whimperings. He’s fallen apart, or something like that was what we were told, so my brother and I found ourselves sleeping on the sofa-bed in the den, each night the inevitable steel crossbar at the hipbone or knee a reminder that there were far worse pains in this world to be endured. 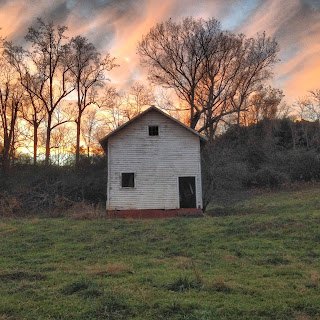 After Katrina we went up there, my siblings and I, the only place in the house the wretched water hadn’t reached, mold growing up the wall on both sides of the narrow staircase but then stopping suddenly before it reached the top, a smooth line of demarcation as if even a simple-celled fungus – or whatever stuff such mold is made of – could tell that the particular chemical composition of the space above was of a different variety than the one below. And it had become years and years earlier just that, rooms deemed safe from my mother’s or father’s ascent because the time arrived, as one might have expected, when they’d decided it wasn’t worth the climb or couldn’t. Why seek out, in any case, horrors one didn’t dare address, the tang of adolescent despair, of familiar ruin, of incalculable desire? And once the children were all gone off to hunt their own lives, why bother searching for evidence of life long ago extinguished? Oh, but what science was once to be found there. In the floor-to-ceiling cabinets at the top of the stairs, my older brothers stored sulfurous chemistry sets and magnifying glasses and a heavy black-and-silver microscope with insects and drops of dried blood and locks of pig and horse and human hair all squeezed for careful inspection between glass rectangular plates, their edges sharp as knives, and soldier-shaped molds into which they poured – or at least I imagined they did -- melted lead and tin. They kept binders filled with Mardi Gras doubloons, with baseball cards, with stamps from Senegal and the Dominican Republic and the Vatican, silver dollars and buffalo nickels and donut-holed or star-shaped foreign coins slipped into the felt-lined slots of gold-embossed blue cardboard cases. I collected music, books, the poems I wrote – all the useless beauty I could lay my hands on, every unpronounceable, unspeakable moment I could gather in my scrawny fists. 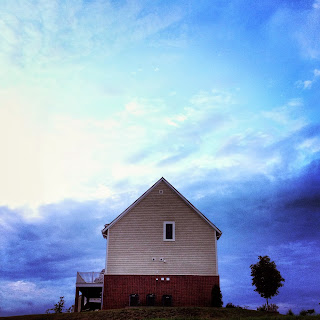 504-288-0334. Because we were not allowed to linger on the first line, 504-282-5612, seeing as how any moment an arm or leg might be broken, how our elderly Christian Science neighbor might need a bit of undocumented medical attention for her gout or lumbago or fluttering heart, how the orthopedic ward nurses might require my father’s consent for more – and more potent – pain-killing medication for his newly post-surgical patients, we acquired a second line, ostensibly in the service of my mother’s charitable endeavor distributing discarded clothes to Cuban immigrants, but also for the children – or, more precisely, for all that I cared, for me in the service of my own machinations, the hours and hours of conversation with my girlfriend. I cannot imagine what we said. Did we talk about her alcoholic mother, her two sisters confined to psychiatric wards, her own surgeon of a father, a man who years and years later I would discover, when I’d come to care about such things, was the spitting image of the poet William Carlos Williams? Did we trade Cat Stevens lyrics back and forth? Did I dare to profess my admiration for the long stick-shaped legs stretching out from the bloomers beneath her cheerleader skirt? I don’t remember, of course. We do not ever remember such moments because we believe them – wrongly, wrongly  -- wholly insubstantial, fleeting, unaware that they will indeed linger season after season, lodge themselves like clots in our blood, the way the x-rays my father slipped beneath the clip of the fluorescent-lit device in the Helping Hands room are still imprinted on my eyes, the way his mumbled dictation – period, paragraph, salutation – still echoes in my ears, precisely the same sound my footsteps make each evening when I set out near sunset for a walk behind our house. It’s like the scraping of the dried leaves at the field’s edge before there’s nothing but the quiet of the soft fallen grass. Just like that. 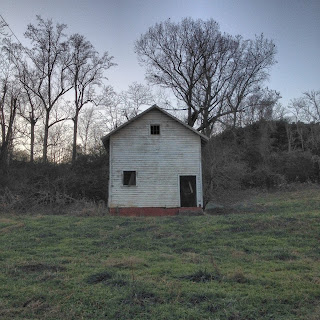 Where we did not live. Where there was no living to be done, or so every grimly appointed inch of it seemed to declare. Where the lights – a 50’s-era modernist chandelier, a heavy table lamp carved in pseudo-hieroglyphics – were not switched on for weeks on end. Where the dining table’s waxen sheen remained unsmudged, the carpet’s warp and weft unscuffed. Where the art – gauzy gray-green landscapes of willow and moss and swamp -- hung in gold-painted wooden frames, unremarkable, unremarked-upon. Where we were not welcome or simply would not dare go when strangers we did not know visited and were offered iced tea or instant coffee. Well, there were the years when my mother hosted a weekly prayer meeting for Catholic women of similar ilk and interest, gatherings that included inedible snacks to accompany the recitation of Bible verses and some measure of Pentecostal shenanigans: speaking in tongues, earnestly raising one’s hands as if to touch heaven, and a fair bit of the Holy Spirit’s thrashing, shouting, and possession. And when all of that was done and gone, I gained occasional claim to the Philips hi-fi in the corner, James Taylor and Cat Stevens giving way to ever greater melancholy, more than enough to fill not just this one room but all of them, the whole entire house, a whole entire life.