I had a thousand good questions
I was gonna ask you when you finally came by,
but now that you're really here
there's only one question that comes to my mind 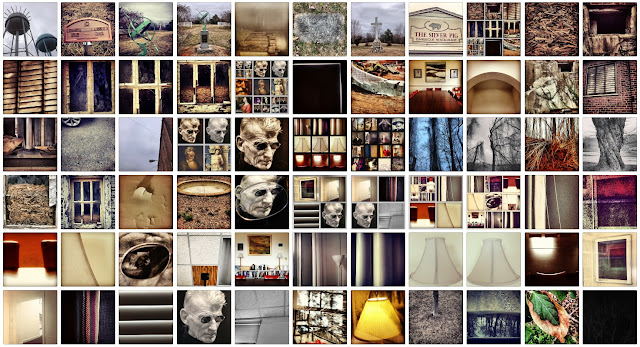 The stinkbugs have taken over the garden, decorating each tomato like cloves on a baked ham or simmering orange, denuding the zucchini and desecrating the squash, and I need four new car tires because, in this summer’s every-other-day’s deluges, my Mini shimmies and slides line-to-line on the highway as if to confirm not just that the world is – all evidence to the contrary – flat but also that it’s now, like an immense and unsteady scale, tilting this way and then that, and any moment, if I’m not careful, if I’m not gripping the wheel like Jr. on the final lap, my car might slide right off the edge and me with it, a Niagran plunge into, well, nothing. (The nothing that is? The nothing that’s not? Who’s that talking?)

At the grocery, here’s what I think: Ice cream. Ice cream. And that’s it, though I consent to buying whatever else happens onto the list: light bulbs, sandwich bread, yogurt, black peppercorns, the pressure-point motion-sickness bands you wear on your wrists.

The blast of refrigeration from the gourmet desserts dairy case fogs my glasses, and the doctor tells me that the two bumps that emerged on my left palm some nine months ago have a name: Dupuytren's Contracture. Among those who suffered from this affliction – though there is no suffering to speak of, no affliction inflicted – is Samuel Beckett. Was, I mean. Among those who suffered was Samuel Beckett. Though, as I said, he didn’t suffer.

Or did, of course, but just not from Depuyten’s Contracture. 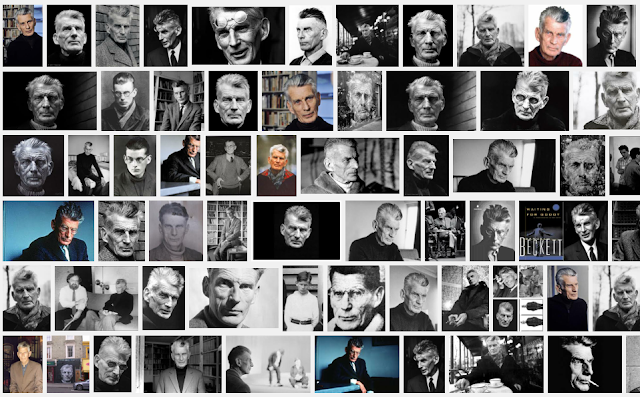 Indeed he must have suffered – so terribly pale, so strikingly gaunt, ornithic, unguiculate. (Oh, go ahead. Look them up. But it’s such a bother. Well, I did. Well, you would.) And all those photographs: seated in a corner, on a rubbish bag, a folding chair, fire escape steps, a narrow bed. Spectacles perched on his high forehead, cigarette pinched between his fingers, his expression a grimace or frown or prefect’s pinched-lip displeasure or– lo and behold, one out of twenty – a sly grin.

What? A sly grin? A prefect’s pinched-lip displeasure?

It is nothing. It doesn’t mean anything. 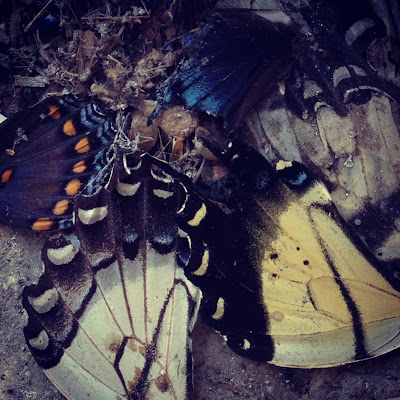 Okay, then, since you haven’t yet asked, here it is: I’m done taking pictures. Ten thousand of them over the last fourteen months, which means two dozen or thereabouts a day, every day, for sixty weeks. And those just the ones I kept, posted, shared, documented, Instagrammed, as it were. There were hundreds more – thousands, no doubt – that I did not keep, that I deleted from my phone a moment after they were taken. A whole world of them, as the expression goes.

Right now, it’s not so much all those pictures I’m interested in as it is the stopping: how my seeing might have been changed by this project and will now no doubt change again – how it is changing already, my days suddenly as bare, now that I’m done, as a Beckett stage: mounds of dirt, a leafless tree, an old desk, a naked bulb.

These, of course, were the very sorts of things – dirt, tree, desk, bare bulb – that served as my subject. And me, I suppose, or not me so much as me seeing, though I’m not sure exactly what that means – or even inexactly. Or perhaps at all. 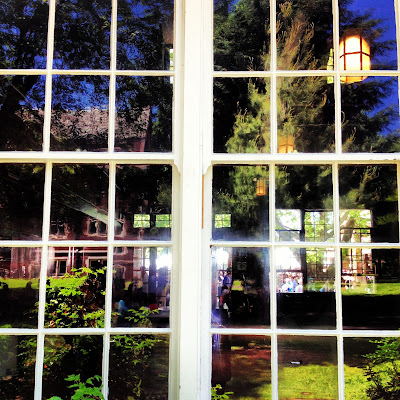 Of the ten thousand, I took ninety-one photos of the view from our front porch, forty-nine of myself. Three hundred seventy of the images are collages comprised of four squares, four hundred eighty-five are of nine squares, eighty-six are of sixteen. I did not count the rest – could not possibly have counted – all the images of trees, of sky, of blooming or wilted flowers, of reflections in windows, of light bulbs and lamps and dead butterflies and twisting vines, of the noble and comical pug James Brown who matched me step for step as we trudged again and again through the same woods and fields near Sanctuary Cottage, into the dilapidated barns and – always reluctantly by James, as though we were fording the wide Missouri – across muddy ditches and shallow creeks.

I learned, I guess, to better see shapes, follow lines, discern shadows, to notice the small squares into which the world can be divided. But that’s not really, I know, what matters. And I never imagined that the images themselves  -- how evocative or uncompelling they might be, how successful or not – were the point of my undertaking.

Undertaking. Undertaken. Undertaker. Such curious words. I was certain that The Undertaker was a Harold Pinter play, but I was no doubt thinking of The Dumb Waiter with its pair of bantering hitmen reminiscent of Beckett’s two banterers in Godot.

Banter. Bandolier. Dandelion and burdock. (This last a drink of fermented roots akin to sarsaparilla, concocted by a parched St. Thomas Aquinas after a sleepless night of prayer in the open country, the sort of place where I live. Or so the story goes.) 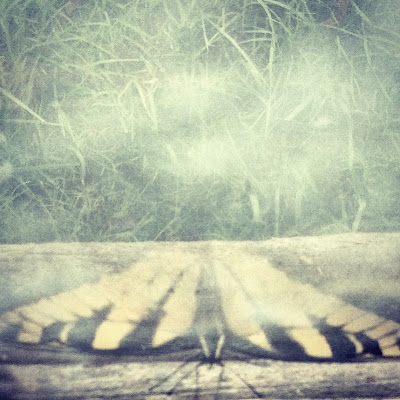 And another story, this one true as true: the photographer who took my first author photo was the same one who took the shot of Beckett sitting in that corner, a small ottoman beneath him, his shirt buttoned to the throat, socks sagging down above a pair of tan Clarks wallabees. Years earlier I’d mailed from Baltimore to a friend in Nashville a postcard with this very photograph of Beckett. The card took two years to be delivered and arrived torn and faded, stamped with a stamp that read: FOUND IN A SUPPOSEDLY EMPTY CONTAINER.

Where else, one might ask, would one expect to find Beckett?

Let me tell you this as well. The Undertaker may not be an absurdist play, but it is, I’ve learned, something far far greater: it’s the moniker of a wildly famous wrestler, this paragraph from Wikipedia so stunningly wonderful that it must be quoted in its entirety:

The Undertaker gimmick has two polar opposite identities. The first is the "Deadman," an undead, occult-like figure which has consisted of several different versions. He debuted his first version of the Deadman during his on-camera debut at Survivor Series 1990. Here, he was clad as a Western mortician, a zombie-like powerhouse donned in black attire with gray accessories. By SummerSlam 1994, he began appearing as a mystic, chilling superhuman represented by cool colors, replacing the gray with purple and using blue fog for the first time. At Survivor Series 1996, the Deadman was reborn once again, this time as the gothic "Lord of Darkness." By January 1999, he began appearing as the ritual-performing dark priest of a stable called the Ministry of Darkness. The Undertaker's alternate identity is a biker dubbed the "American Bad-Ass", which he portrayed from May 2000 to November 2003. Since WrestleMania XX, Undertaker has appeared as a hybrid of all of his previous incarnations. At the same time, the hybrid has seen sharp contrasts, most notably appearing while shirtless and sporting a skinhead/Mohawk.

I would trade all ten thousand pictures I’d taken -- and I’m sure you would, too – to be in firm possession of such minute, detailed, and colorful knowledge on this undead dark priest/biker badass Western mortician.

And I’d trade them a thousand times over to have seen the sick and frail Harold Pinter perform Beckett’s Krapp’s Last Tape.

And three times over to be able to sing. 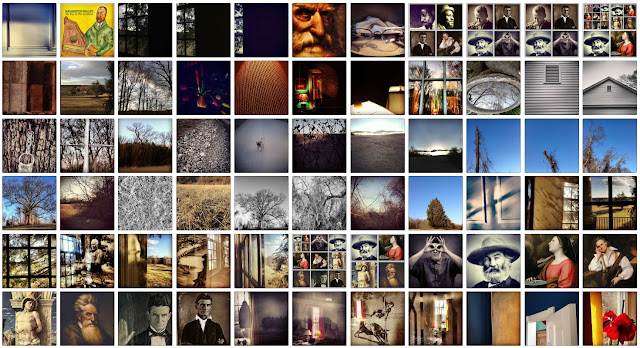 Though no doubt I won’t ever figure out moment-to-moment what I’m doing with my life, I expect I will eventually figure out what I’ve done. It may take years; it may take a fall into nothingness like the one I imagine when my car starts to slide on the wet highway. It may take a thousand more walks with the noble James. It may even take ten thousand more pictures. Until then, I’ll just have to keep going.

Pull on your trousers, then.

Pull ON your trousers.

Well? Shall we go? 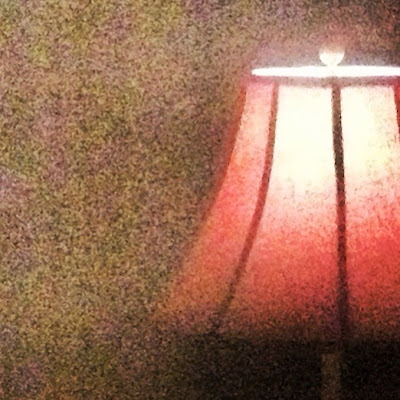