To Take To The Highway

I took to the highway
The highway took to me
Like a second skin
Rolled around in the evening
Circling like a buzzard
Trouble in mind
Excavating the space
We left behind
Yes, I took trinkets with me
Left them by the crater
Here ghosts, old ghosts
- The Mountain Goats, "Design your Own Container Garden" 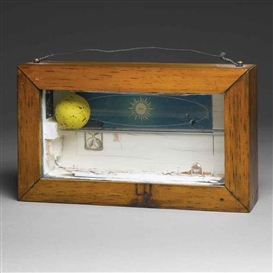 The trip between home and my high school was 53 miles, an hour of clean, straight highway we drove regularly for three years. That hour, and the early mornings it insisted on, taught me to love coffee. It was that hour when  I first heard The Decemberists The Crane Wife , Margot and The Nuclear So and So's The Dust of Retreat , and Joanna Newsom's The Milk-Eyed Mender: the first albums I really loved in my own right. In that hour I tried listen to Guns, Germs, and Steel  on tape and decided there were some things I just wasn't willing to do to be smart.  And  it was that hour that taught me the romance of distance, of leaving, of mile marker signs, and being gone.

It isn't surprising that at fourteen, when we started making that drive, I was feeling the tug of division between myself and my family and the small town where I grew up. This is every new teenager's narrative: separateness and selfhood, a rabid need to call themselves by their own, individual name. And yes: part of the charm of those miles was that they actualized  the psychological space between my  childhood and my adolescence.  There was literal travel. A place that I could call my own. A record store and restaurants I haunted alone. A geography the rest of my family and hometown couldn't claim.
But my impulse for leaving was more complicated, and has outlasted that first stretching; it tugged me to Massachusetts on my seventeenth birthday, and a year later it was already stirring, preparing to take me West. Two years in New England and I was counting mountains on a plane to California.
I've been here eleven months and seventeen days, and the call for motion is waking and shifting like a bird in my throat. A year ago I might have called it loneliness, mistaken it for discontent. There's still a measure of ambition in it,  an ache for adventure, a piece of something like fear ... but it's none of those things exactly... 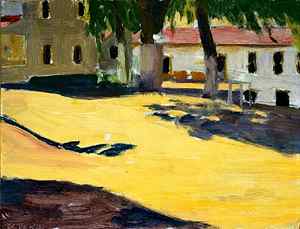 I am not lonely,  at least not on any daily level, perhaps for the first time in my life. I have the kind of friends immediately around me  who throw birthday parties, pick me up from hospital, invite my parents for dinner when they arrive to visit, and finish my sentences.  The climate  is gorgeous and navigable, the intellect and opportunity are striking. The late light is lilac and familiar. I'm happy.  Successful. Known. Still I wake up thinking get ready to go. I spend afternoons wandering steadily farther afield of my daily territory. I close my eyes and want the road. I have fantasies of a city I am calling Berlin, but it could just as easily be Moscow, or Austin or Dublin or Chicago. I dream Southern red clay and Italian water, a low lit bar, a red apartment, a flatbed truck.
The romance and danger of someplace far off: there are stories of it everywhere. Willy Nelson sings On The Road Again,  Icarus flies too close to the sun and drops like a flicker in the corner of Bruegel's painting. Scores of beautiful, sharp-shouldered teenage boys carry Kerouac in their back pockets. I'm smart enough to count myself among these masses, and to check the romance of the new against the boxes I'll have to pack, the life I'll have to disassemble or leave behind: from wheelchair to beloveds, and the one I'll have to build: from a new sense of direction  to an assembled library.
I know enough to know that part of why I'm going is youth and  that part of what I'm fleeing are my own limits: the fact that my body means I will never live in the third story of a Brooklyn brownstone, or take photographs alone in the wilds of Cambodia. I can't run, can't travel on impulse, can't take off at the drop at the hat.  My chest goes tight with terror when my mother, well meaning, looks around Manhattan and says: you could live here, as long as you developed a real routine, and only had to travel a set path.  A small, set path.
We all fight, I think, the sense that our lives are circumscribed beyond our control, and ever since I can remember the limits of my existence have felt steel  and close and central, decided too soon. Your body will do this but not  this. you will need people like this,  just to stand. every place you go you will call ahead to ask if you'll be able to use the shower. It would be so easy, at any given moment, to think: it's pretty here, I know my way around, it's interesting, my knees don't hurt too badly: i could stay, and wake up twenty years later  having done just that: stayed because that was the simple thing , because I wasn't giving up anything I could name, because I was tired.
And the world feels too big, and too wild for that. A writer I admire, talking about Emily Dickinson, once said: she must have felt like her head was on fire. I  wake up every day lucky to feel on fire, burning and light and alive. Mary Shelly wrote Frankenstein by twenty, and there are continents where I've never been. 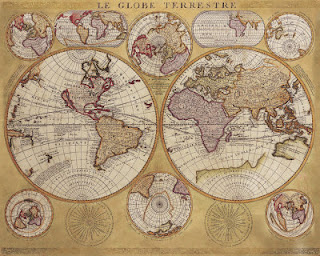 It's a delicate state.  When I wake up straining towards the road I have to put my hand on the hurried little thrush inside me, the heartbeat rattling at my ribs.  it's good here. I have to whisper, and there's more of it  than you can see from your window. You can be still a little longer, you can look a little harder at the corners of things. You'll go eventually. I promise. I swear.
What do you want? I've been asking myself, and maybe it's trite to say that what I want is to always be heading toward something, not just away. You'll go when something else is calling, I  tell that shaking piece. For as long as I can, however long that is,  I want to be the  one who is not afraid  to be where the world beckons This means I want to get good at packing a car and reading a flight map, at taking taxis at twilight, and talking with strangers in dive bars and conference rooms. More than that though, it means that I want to hear what other people don't, in familiar places and far off ones,  so that wherever it is the world finally sets me down I will know how far I am from Frankfurt, and that the mountains  at sunup are just the color of the Golden Gate Bridge, that all over the world there are people I love, and that just where  something  looks finite and small there is space and space and space enough to live a hundred lives.
Posted by Unknown at 10:24 PM