The compasses I came into this world with never really worked so good
Gentle shadows spilling down the hills up on Mulhollad at Ledgewood
Turn back turn back, find someone to tell your secrets to
Dream past an old hotel on Ivy and seconds later I saw you
Never get away, never get away, I am never ever gonna get away from this place.

It's an old story. Girl grows up in a small, small town. strains against it. is bored. feels foreign, fractured, out of place. dreams another direction. She moves away, builds another life she loves, and only then discovers the yoke to wherever it is she came from.  Strong, messy tie, like somebody's sinew wrapped around her wrist .

Last week I was at dinner with a friend and we were talking about future plans, which is all I ever seem to talk about with anyone these days. I wouldn't mind moving back south, I said in response to his musings over the kinds of places he'd eventually like to live.  It's funny, he said offhand, because you kind of look like the American South. This is the kind of thing he would say, some picture in his head he can't exactly translate. The way you wear your hair sometimes, he added when I pressed him,  your face, like a girl I used to date from North Carolina.


The next day my thesis advisor asked why I'm so interested in Christianity, why I talk and think and write so much about God and history, and why in the midst of all the literature I'm reading about monstrosity and otherness I keep pulling religious iconography out from between the lines like stray flowers in a mowed field. (okay, so he didn't say that, exactly, but it's what he meant.)  I struggled with what to say to him. Every poem I write seems to be about Virginia in some sense, even if only insofar as in my head each piece is located there: in a gas-station parking lot at the foot of the blue-ridge, at night before the coal train comes aching through, in the mouth of a church, where you can see the dogwood and smell the honeysuckle, where your skin is stained with wet red clay, where evangelists lie in tanning beds and pilgrims smoke cigarettes. But I struggle to write about it in prose, or even talk about it. Everything I say risks being too simple, too basic, too judgmental  or too romantic. Distance makes things romantic.

the truth is: I grew up on a the campus of a women's college that used to be a plantation. The President's place was the Big House. You can still see the ruins of slave cabins. I studied no history aside from Virginia's until I was a teenager. You can't drive two miles around my hometown without seeing a church or a roadside cross. In a barbecue joint on the side of the highway they play Rush Limbaugh on the radio all day.  I grew up in a liberal family in a conservative town, hating Jerry Fallwell and visiting an old woman who lived down the hill from my family who heated her house with a wood stove, played Christian television all day long, called me Angel, and sent me home with applesauce frozen in giant tupperware. I visited Jamestown and the Appomattox Courthouse where they signed the cease-fire of the Civil War.  I had teachers with soft drawls. For years, in Virginia, they called Martin Luther King Day "Lee-Jackson-King Day" and so we celebrated Civil War Generals along with a leader of the Civil Rights movement. At home we hated it. They sometimes sell Dixie Outfitters Merchandise on the side of the road.  People mean it when they say God Bless You. People mean it when they tell you that if you don't accept Jesus as your personal savior then you're going to Hell. When you search "rural amherst virginia" on Google images one of the first things that comes up is a photo of a baby marmoset. A few months ago there was a story in the national papers, because a local woman tried to bring a marmoset into court in her bra. At the town's official centennial the choir sings. I know most everyone's name. Even all this isn't enough to really be the truth of it. to tell you why I love it. despise it.  strain against it. can't shake it out of my bones. I am never ever gonna get away from this place. 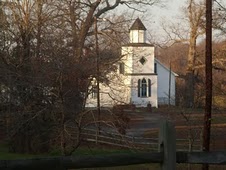 Everything I'm interested in is about origin. violence. history. faith and when it leaves you.
Natasha Trethewey's Native Guard  is one of my favorite collections of poems about the American South, all the mess of it, the hurt of it, the beauty of it, but it's not as trite as all that. I've been keeping it by my bedside and reading and re-reading it. lately. this is the beginning of Pilgrimage: