Journal of My Bad Eye (or Floreat Majestas)


And I lose my footing and I skin my hands, breaking my fall,
And I laugh to myself and look up at the skies,
And then I think I hear angels in my ears
Like marbles being thrown against a mirror. 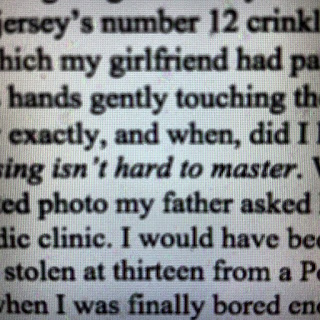 1. Prepare yourself for obfuscation: I have begun seeing the shadows of shadows. 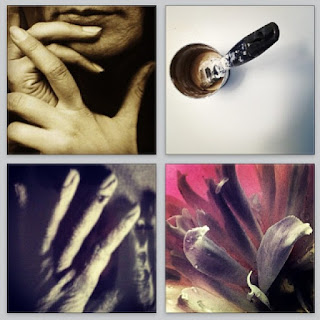 2. These, these days, make me weep: rosemary pinched between finger and thumb, flecks of tobacco in the corner of a rusted tobacco tin, Latin pop songs from a concert on HBO, Stieglitz’s adoration of the young O’Keefe, oak floors in need of refinishing, red-shaded lamps at night in an empty room, unmowed fields beyond the apple and pear, and certain street names (Gravier, Esplanade, Spanish Fort) though maybe not, I don’t know, the streets themselves. I’d have to go there, I guess, slump down against the trunk of a burly oak and just see if, say, Cat Stevens starts strumming and swirling in my head: Ruby, my love. You’ll be my love. 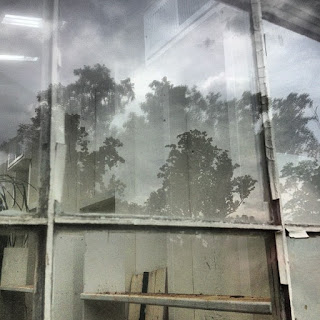 3. I have this notion that every poet from Eastern Europe exists only as a grainy black and white author photo, thick dark-framed glasses magnifying his eyes, balding head bent down, as inscrutable as the alphabet characters of the native language from which his words have been shorn, the tear at the dust-jacket’s corner threatening ever greater ruin. The men, I mean. In their pictures the women poets wear bulky cardigans, wispy gray hair spilling across their too-broad shoulders, a smudged window’s pot of flowers well out of focus behind them. A cigarette, perhaps. No one smiles, not ever. Do any poets? In their pictures, I mean – though perhaps it’s worth pondering even in – even of –  their whole lives. Mary Oliver’s, I remember, looked more like a grimace. She walked her dogs through the fields and along the creek early mornings, and I’d sometimes see her, through my office window, in the hazy dawn: frozen, stock-still, peering down, eyes squinting, mouth pinched… -- this could not have been a grimace, could it? It must have been a smile. 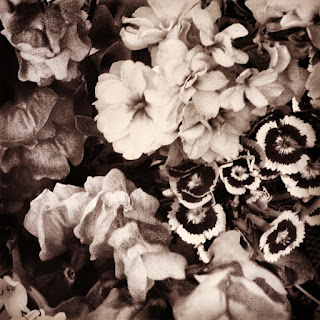 4. Now, when I think of a number between 1 and 10, or when I calculate the change I’m supposed to be given, or when I try to recollect the artist whose song accompanies me through the aisles at Food Lion, I close my right eye, the bad one, as if not having to attend to that single irritant for a few moments will create greater space for the brain-work at hand. Seven. Thirty-three cents. Duran Duran. 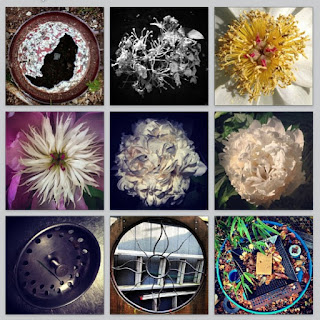 5. It may be that I’m not exactly seeing the shadows of shadows but somehow merely detecting them, as if they’re an echo or aftershock or the negative image of a gone-out light. That would be a good band name, I think: The Gone-Out Light. 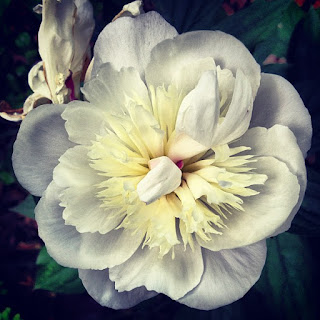 6. This would make me weep, too, I suspect, if I thought too much about it – how many great band names I could choose from if I had, well, a band to name or my youth returned to me like a lost book (see No. 16 below) or a garage or basement or spare bedroom in which to practice or, say, even an ounce or two of musical talent. Perhaps I could write a record guide in which everything was a fabrication, the way as a boy my son used to make up lists and lists of baseball prospects he’d invented. Pultree Davis. Plaxico Beaufort. Jeremiah Sims. 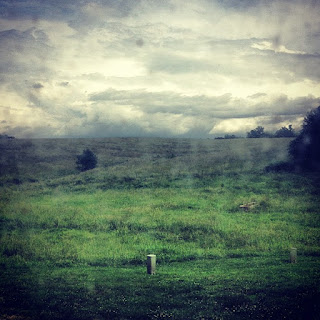 7. One mistake above: I do have a spare bedroom. Three of them, actually. Add that to the list of items in No. 2. 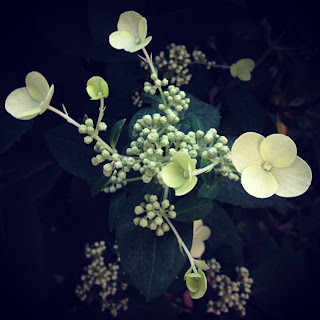 8. Who’ll be my light? You’ll be my light. You’ll be my day and night. You’ll be mine tonight. And then a chorus of aaaah’s and a verse in Greek. That's “Rubylove” from Teaser & The Firecat, of course, but it was the next Cat Stevens album, Catch Bull at Four, that really did me in: the Zen woodcut of a child gently touching the bull’s snout on the cover, the songs darker, more desperate, harder-edged than anything he’d ever done or would do again: “Freezing Steel,” “O Caritas,” “18th Avenue,” “Ruins.” He was ready, years before he finally did, to disappear. “The mood here,” Stephen Holden wrote at the time in his review for Rolling Stone, “is of pessimism, terror, apocalyptic foreboding.” I flat-out loved it, so great was my thirst, I suppose, for pessimism and terror and apocalyptic foreboding. Or for that particular clawing, cloying, romantic ache. 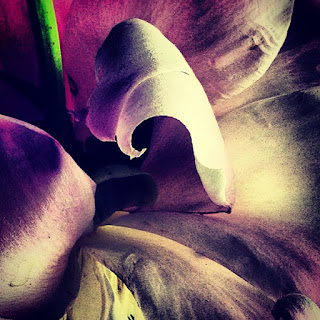 9.When the temple hinge of my reading glasses came unscrewed the other day, I couldn’t see well enough to align the screw to the hole to twist it back in – without my reading glasses, that is, the very ones, of course, that lay broken in my hands. This seems to me an apt parable of aging. 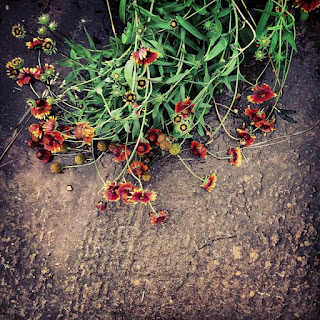 10. The insect eye (another good band name: dubstep? glitch?) with its thousands and thousands of ommatidia (doom metal perhaps?) can see every which way in darkness and in light (Ommatidia’s debut album?) but cannot discern palm pad or phalanx (post-rock?) or the nail’s lunula (Irish Middle Eastern New Age fusion on the Six Degrees label?) but merely the outline of the hand. It’s that easy. 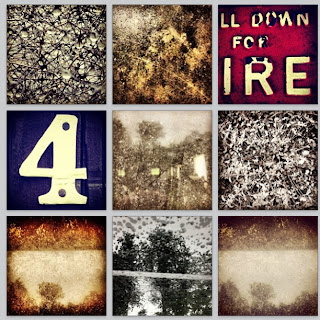 11. I have always known, I guess, that there are two ways of seeing, just as there are two ways of reading. One is to see. The other is to see that you’re seeing, to recognize precisely what you’re attending to -- shape and shadow, color and light, texture and distance, angle and juxtaposition, contrast and complement. This is what, in the 8,785 photographs I’ve taken this last year, I’ve tried to teach myself. It’s a bit like trying to read Moby Dick on one’s own while knowing nothing about ships or the Bible or Shakespeare or whaling or love or wit or subtext or parody, which is exactly what I tried to do as a kid. The effort of it made me so lonely, my ignorance flowering like a bruise into despair, the book so heavy in my hands, I had to turn the transistor radio on and fall asleep to the Houston Astros broadcast, Gene Elston doing the play-by-play alongside the corny Loel Passe who, when an Astros pitcher recorded another strikeout, would invariably gleefully exclaim, “And he breezed him [dramatic pause] one more time!” I was asleep long before the game was done and the Astros had, much more often than they had won, lost again. 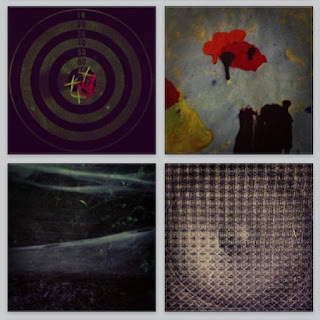 12.Perhaps it’s this effort to see that I am seeing, to discern those things we attend to as we see, that makes me feel as if I’m now seeing the shadows of shadows. Or perhaps it’s just my lousy right eye. 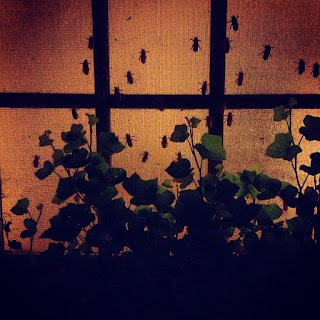 13. That instrument on “Rubylove,” by the way, is a bouzouki, a Greek lute, usually strung with three sets of paired strings. There are two of them playing together in the song, I think, though I don’t know the musicians who played them. In Wikipedia’s list of notable bouzouki players, the tenth of the ten listed is Decemberist frontman Colin Meloy. Oh, pop goes my heart. 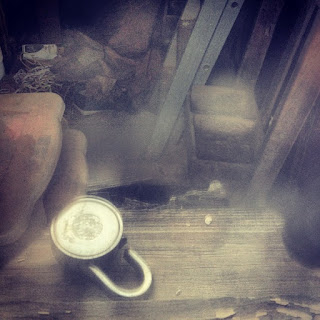 14. Photography is the one art in which the unskilled can stumble upon greatness. I will never write a moving aria or produce an exquisite sculpture. Of the 8,785 photographs I’ve taken this year, though, I think one of them – only one – may be great. I’d never say which one, of course; it’s not for me to say. 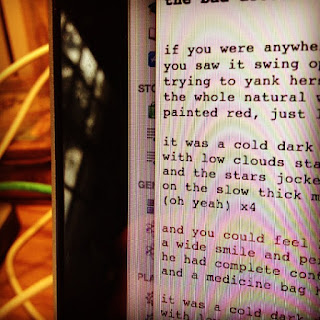 15. I tell my students that if they can write one great sentence, just one, they can be a writer. Of course, I add, they have to know when they’ve written that sentence, and they’ve got to know precisely why the sentence is great, and they’ve got to desperately want to write that same kind of sentence again and be willing to try to find their way there even though they may make one wrong turn after another, one stumbling step after stumbling step. 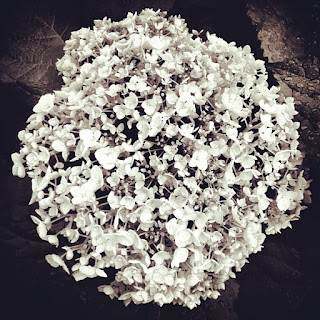 16. I remember sitting on the school bus in eighth grade in my basketball uniform, the shorts a satiny white with red stripes, the jersey’s number 12 crinkled from countless laundering. I held a wooden circle onto which my girlfriend had painted the cover image from Catch Bull at Four, the boy with his hands gently touching the bull’s snout. It was the greatest gift I’d ever been given. How exactly, and when, did I lose it? There’s that Elizabeth Bishop villanelle "One Art": The art of losing isn’t hard to master. Well, I lost Pistol Pete Maravich’s signature on a Sports Illustrated photo my father asked him to inscribe to me when he paid a visit to my dad’s orthopedic clinic. I would have been -- I must have been, I was -- ten. And I lost the copy of Steinbeck’s Grapes of Wrath I’d stolen at thirteen from a Penguin paperback display, this pilfered book the one that, when I was finally bored enough to read it, made me want to become a writer. I lost the Signet Leaves of Grass that, the following summer, I kept stuffed in my back pocket to read on the bus ride to work. I lost girlfriends, friends. I lost my father. I lost a daughter. 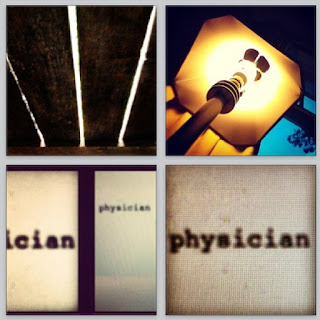 17. That’s a word, lost, isn’t it, that lacks any manner of meaningful precision. It’s really not so bad, for example, this idea that I might eventually lose my lousy right eye if one considers everything else there is to lose. Two rivers, Bishop writes. A continent. And though she doesn't write it: Worse. 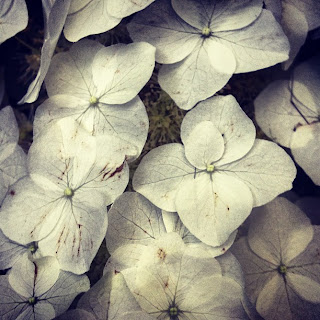 18. As for these shadows of shadows I’ve begun to see: is it possible that they are there to show me the way back to all that has been lost, a light (that is not, of course, a light but a shadow) steering me not toward something new but, in the manner of shadows, back toward the thing itself casting the shadow, the whatever it is that is already there? I know this doesn’t make much sense, so I’ll try it another way: maybe I should return to trying to do what I tried to do for so many years – as a counterweight to all that loss, knowing now, as I do, as I stumble wide-middled and eye-muddled through the final days of my fifty-fourth year, that I will go on losing and losing until all is lost – maybe I should try again to write that one great sentence in the desperate, glorious hope that should I somehow succeed I will have given myself this, at least: the chance to write another. And another and another, though I will make – have already made – more than my share of wrong turns, of stumbling steps, the years slipping by one after the next like the endless drops I apply each morning and each night to my one lousy tear-stained eye, the shadows multiplying when I tilt my head back down and peer into the mirror, the blurry figure before me as unfamiliar, as surprising and perplexing, as it has always been. 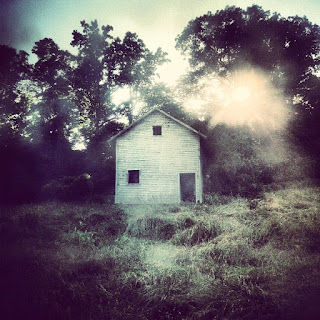