And you pointed your headlamp toward the horizon,
we were the one thing in the galaxy god didn't have his eyes on.
- The Mountain Goats "Jenny" 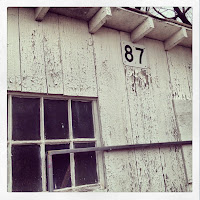 I don't really know the guy whose truck we're driving in. Six months ago the girl in the flowered skirt was a stranger and now she is  asleep with her head on my lap and her bare feet on the dashboard, as we churn through the middleofnowhere Texas dark. Her shoulder bites into my stomach; I have my hand out the window, where I can feel it push against the coming air. Smooth jazz weaves in and out of country music in the small, constant static of the radio and there are fields and fields and fields: desert and brush and barbwire fence and the occasional weird Live Oak looming up in the distance. My wheelchair rattles like the bones of an animal in the truck bed. Behind us, these occasional fistfuls of bright dust flung-up.

I am already heartbroken. 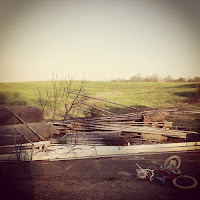 Soon,  low concrete buildings will begin to collect along the shoulder. And then the skyline. And then the city. And then my feet on the ground again. These days,  all I want is to drive forever in some strong stranger's truck, out across Texas, down into the Delta, and then back up into North Carolina and Virginia and the green of the Blue Ridge in Spring. I want to make it in time for the summer cicadas, loud like a beautiful plague. I don't want to talk; I don't want to change the radio station. I want to stop occasionally for black gas station coffee, and not eat until we're animal hungry. I want to get whittled down. I want to take photographs out the rear window of the cab; I want to get back to the land: clay under my fingernails, sun falling off the edge of the world when you hit the parkway near dusk. 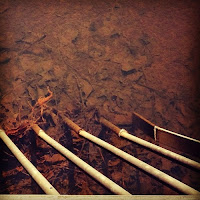 If you had told me at sixteen, when I was busy plotting my way-ahead-of-schedule exit from the mountain town where I grew up, that almost six years later I'd be obsessed with the rural American South,  I wouldn't have heard you. I was wider-world bound, and besides that raised on a steady diet of progressive politics and indie music, Russian literature and art museums. All of this had no place, as far as I could tell, in our single-stoplight corner of the Blue Ridge or its neighboring fundamentalist sprawl. I've written before about the complicated ways  in which the part of the world where I was raised has mattered steadily more and more to me since I left and, more recently, about how my struggle with/for faith is tangled in the literal and spiritual geography of the Shenandoah Valley. I'm aware I'm treading complicated territory here.

In an issue of the Oxford American awhile back Jesmyn Ward had an essay about the thing that keeps her returning to the South again and again even though so much of it "frustrates the hell out her." In it, she writes that, by now, she's mostly "numb to the profusion of Confederate-flag paraphernalia (and the mind-set behind it.)" but that, even still, the prevalence of racism and oppressive politics sometimes makes her "want to soak [her] region in lighter fluid and strike a match." It's a blow of a statement, a radical and historically loaded gesture to employ, but she follows it immediately with: "And yet-- I love this place." 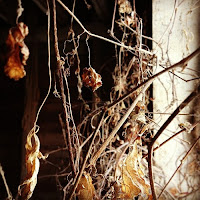 And that's it. She loves the South because it's home. It's where her family and her roots are, and we belong to nothing so intimately as our point of origin. And it's true, the wrecked, wild way I love the South has a lot to do with home and family: the all-of-a-sudden Dogwoods in April, the boys in camo coming out of the Chevron on the first day of deer hunting season with cigarettes and gatorade and beef jerky, my mother in the kitchen singing Randy Travis, eating Quickie fried chicken or Silver Pig BBQ  at a picnic table in the fields in summer, sliding down into little hidden-away hollows and coming home hungry and covered in red clay just as the sun is setting, clambering over barbed-wire to play with the cows. So much of my childhood, much more than I ever realized living it,  is Virginia geography and drawl. My little brother taking backwoods banjo lessons from a born-again musical genius; The good-old Southern Gentleman my sister loved through high school and college, dogs on chains outside of double-wides crawling with honeysuckle. Christ-haunted, and poor, and out of the way, and lovely. Everything I've said before. 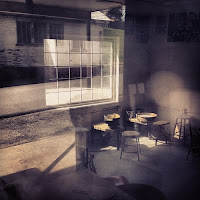 When I watched Quinten Tarantino's Django Unchained I was in Boston , and it was snowy New England Christmastime far away from the South. I certainly don't feel like I'm in any position to comment on the quality, or even really the sociopolitical complications, of the film. All I know is that, watching men be ripped apart, and all the violence in that big plantation house, I kept thinking: I grew up on the bones of all this. Literally walking around on top of it. 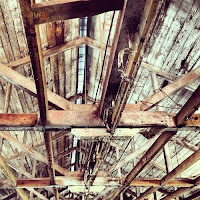 And the irony is not lost on me that my body is not made for any of what I'm obsessed by these days, this place of labor. Right now I want the tractor, the muscle, the hoe in the ground, the carpenter, the boots on gravel, the raising of the barn the climbing of the hill, the steadiness of a man who works with his hands. I want to pick apples, bale hale, jump headlong into the James River where it flows through Goshen. I want to go to Cowboy Church and sing hymns and put my hands around a horse's neck and smell like red clay and Texas and sweat.  I am the wrong girl for all of this, a fact I'll have to remember when that stranger's truck trundles to a stop and he helps down and puts me back in my wheelchair.

Always, there is the danger of romanticizing. 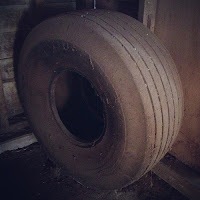 I'm working on a series of poems  about The Virginia State Colony for the Epileptic and Feebleminded. Now, it's a residential facility for people with disabilities. In the early and mid 1900s it was a colony where they sterilized hundreds and hundreds of mentally and physically disabled children, adolescents, and adults, and people who were neither, but were uneducated and poor. Decades later, some of these people would be released back into the world not knowing what had happened to them.

A woman marries in West Virginia, struggles her whole adult life to have children, doesn't know why until, in her sixties, a reporter comes to her kitchen and tells her her own story. What they said was an appendectomy was not.

The old colony buildings are now mostly abandoned, but they stand like ragged, sand-basted ghosts next to the center's contemporary facilities. White-washed porches peeling, the ocasional curtain still in the window. Sixty-five years ago, born in my hometown, I would've been in that colony, or dead. 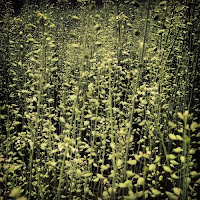 I've always said that the thing that gets me most about the rural South, and especially the tiny Appalachia mountain towns I grew up driving long, slow hours through, is that everything looks all the time like it's about to fall down or rise from the ashes and it just can't decide. That night, driving out of Central Texas, back toward the city, after a quiet poetry reading in a scrubby town, I just want to keep going 'til the land makes a decision. 'Til I make a decision. I want go up and out or plow into the ground. I'm ready to follow it to ruin or redemption, as long as it promises, Please God, to take me somewhere, to take me with it.
Posted by Unknown at 6:29 PM