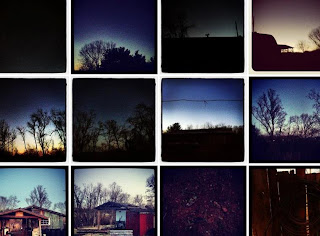 Just ask my children. They can attest to the hours upon hours they lost of their childhood, forced to listen, in the car as we drove, to one version after another of Thelonious Monk’s “‘Round Midnight” simply because I couldn’t get the song out of my head, convinced as I was (yes, I admit, I still am) that it was the greatest jazz composition of all time.

I have a hard time owning merely one book by an author. If I’ve read one that I love – José Saramago’s Blindness, for example – I then want to read them all, which of course I do not have the time for. But I can own them all, at least. I can line them up on the shelves in shimmering anticipation of that day when time opens like a delicate flower. (I know, of course, that time does not ever open like a delicate flower but instead pours forth toward some impossibly distant, never-to-be-seen ocean like a torrential storm-swollen stream. But that – by which I mean practicality, reason, logic – is not the point of obsession.)

Yes, I want to possess every work of the poet whose one perfectly made poem made me collapse in grateful misery. I want to taste every dish at a restaurant like the River & Rail in Roanoke simply because their sautéed Brussels sprouts with chicory and crème fraiche made me weep with exquisitely unadulterated joy.

Moderation is not – has never been – my other middle name. 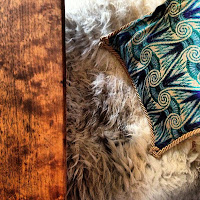 Right now, I am obsessed with the green Thai tofu curry at Bull Branch in Lynchburg and the subtle differences in taste between mid- and high-shelf vodkas (between potato and wheat and rye, between Russian and Polish, Tito’s and Glacier, small batch and organic). I am obsessed with the poems of Rilke with their pensive ache, the funk-thump of a certain bass line (think: “Brick House” or “Mr. Big Stuff” or, best of all, James Brown’s “The Payback”) but also, you know, the tinkling piano in the next apartment and Eno-esque absences and drones and James Blake’s computer-concocted glitches and those stumbling words that told you what my heart meant, with both music and lyrics – and, by the way, as my children could tell you as well, with Music & Lyrics, that dreadfully loveable Hugh Grant & Drew Barrymore movie.

But what I’m really obsessed with these days, to get right down to the meat and bones, are my eyes, with the regimen of drops (four of this one, three of that, twice for two others) by which I divide each day’s hours, with the blur that descends across a book’s pages like a too-often-shown film spooling through the ever-dimming bulb of a school projector, the window blinds imperfectly drawn so that light sluices and slices like a trickling stream across the floor’s dusty gray linoleum squares and onto the desks’ chipped wood surfaces and rusted metal frames.

And because of all that stuff going on with my eyes, I’m obsessed with the exquisite but ultimately impossible pleasure of encountering the world through a persistently mindful aesthetic sensibility.

I know, I know, that last sentence wound up as pseudo-Buddhist mumbo-jumbo. What I meant to say was this:  I’m obsessed with trying to view the world and everything in it in a particular manner, as a concoction of light and texture and shape, each component replete with resonances and associations.

All of which is to say: I’m obsessed, at the moment, with seeing. 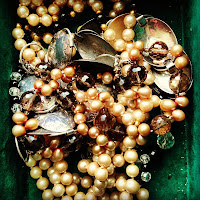 And so, as those who know me already know all too well, I’ve been taking photographs lately, lots and lots and lots of photographs – though not real photographs exactly. Instead, I’ve been using Instagram, that Facebook-acquired iPhone app that is a kind of visual equivalent of the haiku: tiny square images that can be manipulated in only a few particular prescribed ways: light, shadow, contrast, focus, saturation – or whatever the technical words for such things are. I’ve got no idea, really. I press a few buttons until I’ve got the closest approximation to beauty (which is to say sorrow, symmetry, asymmetry, grace, which is to say art) that I can manage.

I’m usually, I realize, a long way away from art with these pictures: there’s a kind of dullness, a lack of clarity, a lack of vision, so to speak, if you look too close. Of course, again and again that’s what the artist, any artist, comes up against: everything that the art he’s made isn’t. I would like to write an opera, compose a symphony. I would settle for singing one song, any song, with the right notes; I would die happy to write one verse of a hymn I could imagine a church choir singing. 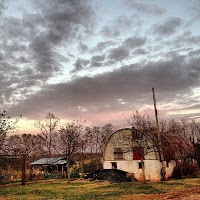 My father, by the way, was obsessed with cameras. He collected them they way I do Mountain Goats minutia (For some Christmas, perhaps not this one but the next, won’t someone please get me the DVD of John Darnielle playing all of The Life of the World to Come? I’d be ever so grateful; my life would be nearly if not totally complete.), and while my father could explain the germane differences between Leicas and Hasselblads, while he could also cut open a body and reaffix ligament to joint, muscle to bone, I can only – well, to be honest, I don’t know exactly. What can I do?

Is it enough to demonstrate the American Sign Language gesture for vodka – two quick stabs with a pointer finger at the side of your throat? Probably not.

Is it enough to walk the pug James Brown through the fields and take in the line of trees, the curve of hillsides, the exquisite tangle of brush, the silhouettes of bare limbs against the sky at twilight? Is it enough to notice how all the world – books and children’s toys and silverware, tables and sofa cushions and slipper chairs, candles and jewelry boxes and wicker baskets, bowls of fruit and jars of pennies – organize themselves into colors and shapes and light and even, if you look close enough, as I’ve been trying and trying to do, like the real thing, like life itself, every bit of it: muscle and sinew and ache and solitude and grace and whatever name it is we give to transcendence. Maybe love. Maybe.

My pictures aren’t much, I know, but they’re my own quiet stammering, the whispered pronouncement every artist, good or bad, tries to make: Look away. Look over here. You just might, for half a second, get a glimpse of your own life. 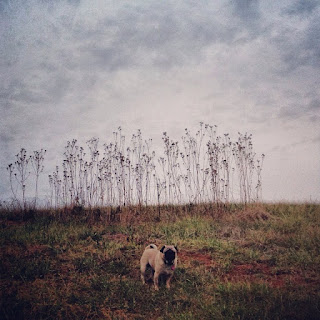