The loneliest people in the whole wide world
Are the ones you’re never going to see again.
-- The Mountain Goats, “Harlem Roulette”


So I’ve been planting again, the usual fall crops: broccoli and Brussels sprouts and cabbage, cauliflower and spinach, butter crunch and romaine lettuce. I’ve pulled the sweet potatoes out early because they were getting eaten by some sharp-toothed varmint, a squirrel or rat or rabbit that has cleverly eluded the lethal dangers of the garden’s electrified fence, the gouges in the sweet potatoes’ flesh truly alarming, like wounds scabbed over into dry dusty leather and then picked at, gnawed at, again and again. And though darkness arrives earlier with each passing day, the last of a dozen or so tomato vines is hanging in there for the slow, uncertain ripening. And my eyes are still not right. 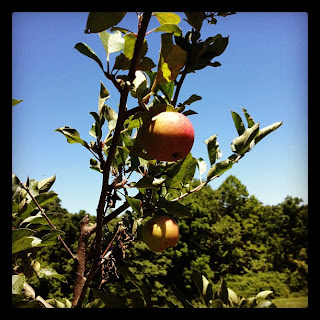 This is the season when a certain sort of music swells within me, music with the vast reach and melancholy grandeur of a composer like Mahler, though Mahler (and classical music in general) always speaks to me less – especially given my intellectual and artistic inclinations – than I feel it ought to, as if its country of origin, and thus its accent, is so unfamiliar that I’m forever having trouble discerning, no matter how wise it might be, just what’s being said. And my eyes, my eyes, are still not right.

Instead, I find myself listening this time of year to what belongs to the sub-genre of rock-n-roll (or sub-sub-genre, perhaps? what do I know?) called post-rock, bands like MONO and Mogwai and Balmorhea and God Is An Astronaut and Explosions in the Sky and Caspian and Hammock and This Will Destroy You and Rothko and The Album Leaf, names that, taken together, precisely convey the weather this music portends: the clearest of evening skies gradually giving way to gentle ocean swells and gathering clouds and swirling winds that then coalesce into a calamitously relentless assault. And then, just when it seems the sky will crack open and the earth will split apart, a peaceful calm descends, something almost but not quite an absolute stillness, almost but not quite a perfect silence. It’s a silence, as John Ashbery writes in his poem “Some Trees,” already filled with voices, a canvas on which emerges a chorus of smiles, a winter morning – and just like that the clear evening sky returns, though now it crackles with some new electrical charge, heat lightning far far away, barely slipping above the horizon, like a camera flash at 2 a.m. in the house next door. What could possibly be going on over there? And still my eyes aren’t right. 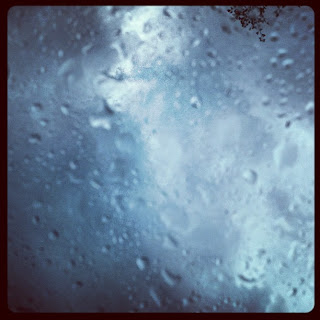 I won’t list all the books I want to be reading right now, but there’s none more than Salman Rushdie’s Joseph Anton, his account of the time he spent in hiding after a price, as the saying goes, was placed upon his head. That was 1989, when I was in graduate school at Johns Hopkins. Rushdie was scheduled to read for us but didn’t; his whole life had been diverted. I noticed this week a small item in the news: along with the riots and demonstrations and embassy attacks across the Arab world because of the absurd and childish anti-Islamic video posted on YouTube, some Iranian cleric has announced that the reward for Rushdie’s execution has been raised from $2.8 to $3.3 million. Because of inflation? Just for the hell of it? Will there be a semi-annual adjustment? Time takes care of the devil’s work, doesn’t it? We’re all, by God, sentenced to death. Until then, though, what I’d like to do is read and write.

Here’s what happens, though, when I try to read, sometimes immediately, sometimes only after twenty or thirty minutes: my right eye waters and begins to ache; the sclera (the white of the eye) becomes lined with red; my vision gets blurrier and blurrier; sometimes I feel – or feel I feel -- a nerve running from my eye through my body (through head to back to groin to leg) and down into my toes. It’s a spectacular sensation though not particularly painful or intense, more like that distant flash of lightning on the dark horizon. It portends worse things to come, perhaps, and that’s when fear sinks its teeth into the flesh. Five doctors haven’t yet figured it out; I see a sixth this week. Maybe she’ll do better. 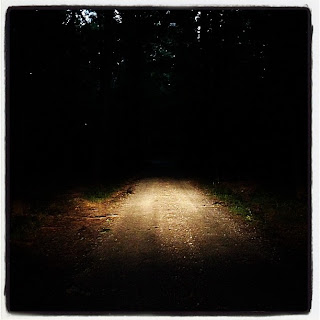 At least there’s this: No one has put a price on my head, and I love my plodding work in the garden: weed and hoe, plant and harvest. And I love more than ever, though I never imagined it could be so, the rise and swell and sway of music, the minor fall and the major lift, the incredible worlds to which music transports me, even with my eyes closed, in utter darkness. Especially then.