Sometimes a great wave of forgetfulness rises up and blesses me
And other times the sickness howls and I despair of any remedy.
-- The Mountain Goats, “Prowl Great Cain” 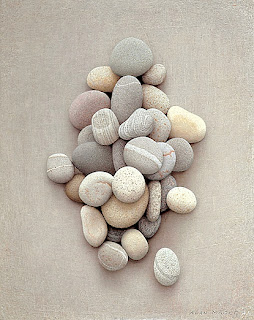 It is indeed hard sometimes, as the song puts it, to tell
gifts of the spirit from clever counterfeits. And you can’t
always discern, truth be told, when God speaks directly at
you, how much he does and doesn’t know. Well, we’ve all
heard, in the matter of Cain v. Abel, God’s first question
and Cain’s cagey answer:

But how many of us remember – or ever really knew –
what God says next and, what’s more, how or why
he says it. What hast thou done? God inquires of Cain, as though
he’s truly perplexed, but then quickly adds, the voice of thy
brother's blood crieth unto me from the ground. Here, we might
be tempted to assert, is the holy book’s first unholy ghost,
the slain brother’s blood become not simply a poison seeping
into the ground that Cain must henceforth fruitlessly till
but something scarier still: an abiding presence, an admonishing
song. And it does indeed seem to be true, for a mere eight verses later
all the begetting has begotten a world filled with woeful hymns,
with the pathetic evocation of love under other moons and other winds
(yes, that’s Lorca again), for Adah gives birth to Jabal and then to Jubal,
father of all such as handle the harp and organ. And Lamech, the boys’ father,
Cain’s great great great (and perhaps still greater) grandson,
confesses to his two wives Adah and Zillah, that in revenge
for being attacked, he has killed someone – a young man,
he tells them, a man to my wounding, and a young man
to my hurt. And the next verse asserts that if Cain is avenged
sevenfold – well, is he? – then Lamech is avenged seventy-seven.
And then the next verse, the last of Genesis 4, has Adam knowing
His wife again and her bearing him another son. For God, she says,
hath appointed me another seed instead of Abel, whom Cain slew.

I know I don’t need to say it again, that nobody is listening still,
but here’s another way to say it, a la the gospel John in the KJV:
In the beginning was the Word and the Word was promptly, without
a moment’s delay, set to music, and the Word was not good, not good
at all, but was of  endless suffering and quiet longing. And back to Lorca,
who transforms, in his Poem of the Deep Song, the guitar into an elemental
force, emitting a song of such sorrow that it cannot be squelched:


The guitar
begins its weeping.
The wineglasses of dawn
Are shattered.
The guitar
begins its weeping.
It is useless to hush it.
Impossible
to hush it.
It cries monotonously,
as the water cries,
as the wind cries
over the snowfield.
It is impossible
to hush it.
It cries
for distant things.
Sand from the hot South
asking for white camellias.
It cries, arrow with no target,
evening with no morning,
and the first bird
dead on the branch.
Oh guitar!
Heart mortally wounded
by five swords. 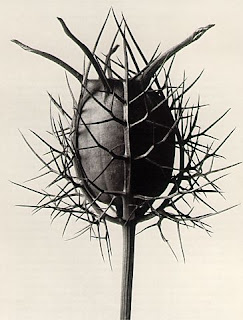 Time and again I’ve said to Molly that I don’t care about the lyrics,
that I’m not really listening. Instead, what I attend to, what I hear
is the precise character of haunting that a song possesses, the way
it rises crying from beneath the ground, from inside the dark earth,
the way it weeps and shatters the wineglasses of dawn, the way
the singer’s voice clmbs in anguish and hope and despair, and great
waves of forgetfulness then wash over me because there it is,
that inexplicable joy: murder and anguish and revenge but then life
again,  always life again – another child born, another generation,
the dry earth tilled and tilled until finally the seeds have sprouted.

Yes, I'm an old dull saw playing the same sad sweet song.
What else, I keep asking and asking, is there to do?

And that last of Adam's sons, we're told, the one named Seth,
has a son he names Enos, and it is only with that son,
with Enos, that men begin to call upon the name of the Lord.
All that suffering and murder and casting out, and only then
do they call out to God. I wonder what they ask him. Simply
Enough? Or Oh Lord, when will all these pains finally quit us?
Or perhaps they ask for nothing but instead hear some distant
cry or wailing and mistake it for solemn music. Perhaps they
raise their voices in song as if to say: No matter our suffering.
It is always too beautiful. It can never, in the end, be enough.